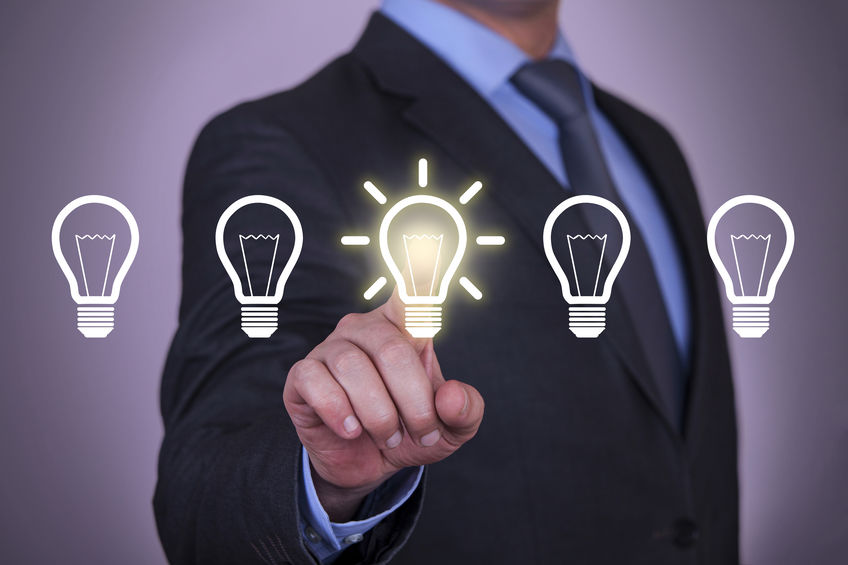 Michael Jackson’s Likeness Valued at $4.1 Million in Big Tax Court Win for Estate 遺產執行人在巨額稅賦法院勝訴，該院估定麥克‧傑克森的樣貌值4百一十萬美元 On Monday, after a lengthy deliberation process, U.S. Tax Court Judge Mark Holmes issued a more than 250-page ruling that begins by acknowledging the complexities of the situation.星期一，在蓄意歷經了冗長程序後，美國稅賦法院法官麥克‧荷姆斯法官發表一份長達250頁之判決，該判決自開始即肯認案件具複雜情狀。 “From the time he was a child Michael Jackson was famous; and there were times in his life, testified his executor, when he was the most famous person in the world,” writes Holmes. “There were certainly years when he was the most well-known popular-music star, and even after his death there have been years when he was the world’s highest-earning entertainer. But there were also many years when he was more famous for his unusual behavior and not his unusual talent. And there were some years where his fame was turned infamous by serious accusations of the most noisome acts. We make no particular judgment about what Jackson did or is alleged to have done, but we must decide how what he did and is alleged to have done affected the value of what he left behind.” The IRS valued Jackson’s likeness and image at about $434 million, while the estate said it was only worth about $2,000 at the time he had died. The reason? Jackson struggled to rehabilitate his image amid allegations of child molestation. In fact, one of the estate’s experts estimated that in the final six months of his life Jackson only made $24 in image- and likeness-related revenue. (After further expert consultation leading up to the trial, the estate would increase its valuation to around $3 million.)

Dua Lipa The Latest Celeb Sued For Posting Photo Of Herself On Social Media 名人杜娃·黎波於其社群媒介上傳個人照而被訴 Singer Dua Lipa is facing legal action after posting a paparazzi photo of herself on Instagram, court documents show, the latest celebrity to allegedly run afoul of copyright law for sharing images without the photographer’s permission.    法院文件顯示：歌手杜娃·黎波在上傳一張狗仔隊拍攝之照片於其instagram而被訴。最新一次名人未得拍攝者允許分享拍攝者之照片而觸犯著作權法。 Integral Images filed a lawsuit against the British singer on Jul. 6 for sharing one of their photos on Instagram “without permission or authorization” in violation of U.S. copyright law. Integral Images於2021年6月6日對這位英國歌手未得他們允許於其Instagram分享他們的照片以侵害著作權法為由，向法院提起訴訟。 Integral is seeking $150,000 in damages and says the singer profited from using the photo—which shows her at an airport wearing a large hat—as her account is monetized and a marketing tool for her music. Integral請求15萬美元之損害賠償，同時主張該歌手從中獲利，該照片為杜娃‧黎波在機場穿戴一大長帽，Integral主張其帳號獲利，同時成為其歌曲行銷之工具。 The photo was taken on Feb. 3 2019 and posted on Lipa’s social media four days later, but has since been deleted. 該張照片攝於2019年2月3日，4天後上傳於黎波之社群網頁，但旋即移除。 Celebrities have in recent years found themselves on the receiving end of legal action as photo agencies move to aggressively defend their intellectual property. While the value of celebrity paparazzi photos has declined over time, the value of social media posts has soared, changing the balance of power between the two parties and leaving some agencies suing for a share of the proceeds. Jennifer Lopez, Khloe Kardashian, 50 Cent, Jessica Simpson and Liam Hemsworth have all been sued for posting papped photos of themselves. Singers Ariana Grande and Justin Bieber settled copyright lawsuits with photographer Robert Barbera in 2019 for undisclosed amounts, the same year a judge dismissed a case against model Gigi Hadid because the company suing her hadn’t registered the copyright in time. The penalties for infringement can be steep—up to $150,000, legal fees and loss of profit—and many choose to settle or have cases dismissed before litigating to completion. This leaves the issue a relatively untested area of law, for while copyright law usually means the photographer owns the rights to the specific image, celebrities can also claim ownership to their name and likeness and how it is used.

審約時要注意的12項事 Whether you&#39;re signing a lease agreement or a multi-million dollar service agreement for new software, contracts are a fact of life in any business. A contract review requires diligence and an eye for detail. Managing expectations, focusing on outcomes and getting the key information from vendors can also help achieve better outcomes in contract management. 當你就新軟體訂立租約或數百萬的服務契約時，契約在任何一門生意裏，是一生活事實。契約審核要求就每一細節謹慎小心。掌理可預期事，關注結果和從賣方取得關鍵資訊，可助你於契約管理獲致較佳之結果。 It is not uncommon for otherwise very careful people to glance over a contract and just sign it without really knowing what it obligates them or the other party to do. Consult with an attorney before signing any contract to make sure your interests are protected. 簽約時只猛然一看而未明瞭你的義務或他方當事人應為如何作為，即立馬簽約者，畢竟是少數及罕見的；在簽約前諮詢你的律師，以確保你的權益妥適被保護。 What should you look for when reviewing a contract? Here are a few suggestions; your attorney may have additional advice: 當你審約時，你該注意什麼？在這有幾點供你的律師可以有額外之建議與提醒： Negotiate the terms. 協商條款When presented with a contract, remember that this is a starting point. You can negotiate the terms of nearly every agreement. Understand the purpose and scope of the contract and ask for what you want. You want to make the deal happen, but so does the other person. The worst that can happen is they say “no.” 當提出一契約時，記住此時是一個起始點。幾乎每一契約你可磋商契約條款。了解契約目的與範圍，同問問自己你的所求為何，最終你想要使交易發生，對方亦同。最糟的是，對方不想交易發生，對契約內容未形成共識。 Identify the parties.確認當事人 Be sure to include the names and addresses of any subsidiaries that will provide services. Complete all blanks.完整契約（ 填滿空白處）Items left blank can be filled in later by someone else, so be sure to fill them in. It’s also good to initial all changes or deletions on any preprinted forms. Rights and responsibilities. 權利與責任It’s important to capture who’s responsible for what and who is liable if something doesn’t happen according to the contract. Never rely on an oral understanding. Know all of your rights and responsibilities under the contract. Carefully read the entire contract because rights and responsibilities are typically scattered throughout the agreement. Confidentiality provisions. 保密條款Determine if the other party will have access to any of your nonpublic personal or protected health information and, if so, consider including a provision requiring them to handle and secure the information in a commercially reasonable manner consistent with applicable federal and state laws. Remedies provisions.賠償條款 No one wants to talk about the bad stuff, such as what happens if something goes wrong, but you need to consider these things to put necessary mechanisms in place. Explore ways to limit your liability. Also determine what types of remedies you need in the event of default by the other party. Allocating risk.風險配置（風險分散） Determine how risk is to be allocated. Risk is typically borne by the party in the best position to prevent loss. Check for (or add) insurance requirements. Hold harmless and indemnification provisions.免責與保險賠付條款 When you agree to hold someone harmless you agree to not hold him or her responsible for liability that may arise out of the transaction. When you indemnify someone, you are agreeing to protect him or her from liability or loss that may arise out of the transaction. If you must indemnify the other party, limit the indemnification as much as possible. Negotiate the same indemnification for yourself. An attorney can also help you understand unintended consequences that might arise from using or agreeing to a particular clause. Causes for termination.契約終止 Consider including ways to terminate the contract for cause and/or for convenience (without cause) if it is not working to your benefit. Resolution of disputes.爭議之解決 Determine how you want to deal with resolution of disputes. An arbitration or mediation requirement could ultimately save you lots of time and money. However, there are times when you may need to go to court to resolve the dispute. When appropriate, try to give yourself some flexibility. Incorporated documents.契約附件 When another document is incorporated by reference, always read the incorporated document. Don’t assume you know what it contains. Signature lines. 簽名欄Confirm that signature lines refer to individuals who are authorized to sign the contract on behalf of the business; otherwise the contract may not be enforceable.

Dua Lipa is being sued for posting a paparazzi photo of herself on her Instagram account, according to BBC News. 根據BBC報導，杜娃·黎波因在其社群帳號上傳1張狗仔隊所拍攝她之照片而被訴。 The "Levitating" singer shared an image of herself waiting in line for a flight in February 2019. 演唱「飄入愛河」之歌者於其社群網頁，分享一張狗仔隊2019年2月所攝她正在等待班機之照片。 Integral Images, the company that owns the copyright to the photo, is now accusing Lipa of "knowingly" sharing it "without permission or authorization," according to court documents seen by the BBC. 據BBC眼見法院揭露的文件所示：宣稱擁有該照片著作權之Integral Images公司，現正對明知其未得允許或授權而上傳照片之杜娃·黎波提告。 Copyright law usually means that the photographer, not the subject of the image, owns the rights to a photo. 著作權法通常意指攝影師擁有照片的著作財產權，而非圖像的主體擁有。 Integral Images was granted copyright for the image on 20 February 2021 — two weeks after Lipa&#39;s post — according to records from the US Copyright Office that were reviewed by the BBC. 在Lipa上傳照片後2個星期，該照片於2021年2月20日授與著作權給ntegral Images，根據BBC於著作權辦公室查找資料所示。 Lipa has since deleted the post, but Integral Images is still seeking $150,000 in damages, a jury trial, and an order preventing Lipa from further acts of infringement, the media outlet said. Lipa因此刪除其所上傳之照片，但ntegral Images仍請求15萬美元之損害賠償及要求有陪審團之審理，同時要求核發禁止Lipa為進一步侵害著作權之命令。 Lipa isn&#39;t the first celebrity to be sued for sharing paparazzi images without permission. Gigi Hadid, Liam Hemsworth, Khloé Kardashian, Ariana Grande, Justin Bieber, and Jennifer Lopez have also been involved in similar lawsuits, according to Complex magazine. The company alleges that the singer has profited from the photo due to the fact that her Instagram account is "monetized," BBC News reported.